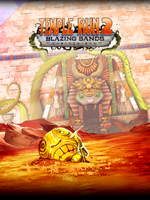 In the map select screen. 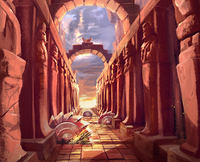 The Hall of Kings, full of traps. 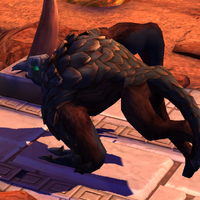 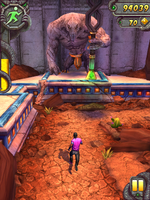 A statue resembling a
demon monkey. 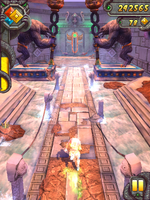 An entrance to the Hall of Kings. 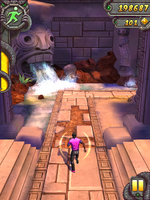 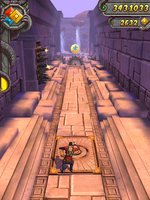 Dying from the spikes despite that they're already closed. 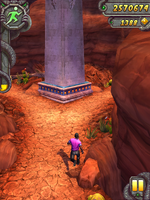 A Y-junction, without a demon monkey blocking either path. 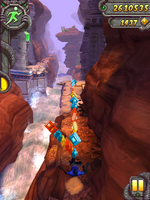 A narrow area that requires
tilting and jumping.

Gameplay in the narrow area of Blazing Sands (animated)

The artifacts in Blazing Sands.

Retrieved from "https://templerun.fandom.com/wiki/Blazing_Sands?oldid=13613"
Community content is available under CC-BY-SA unless otherwise noted.